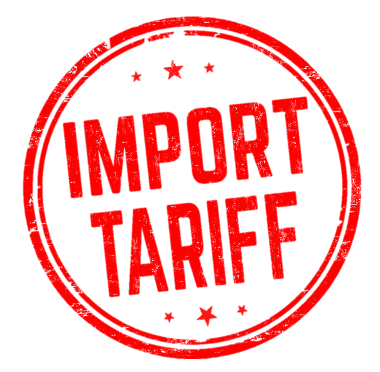 Having only just recently been announced it's difficult to say 100% how pricing on tech systems and components will be affected. It's generally acknowledged that prices on tech components will increase with the tariff moving from 10% to 25% but just how much is unknown. It's easy to assume costs will go up by 15% (after all, 25-10=15 right?) but there remains the possibility of a trickle-down effect which could see prices go up anywhere from 20-30% or even higher.

2. Pricing on desktops, laptops and tablets/phones should only be marginal

It's expected the pricing on full systems including desktops, laptops, servers, phones and tablets won't be toocrazy, at least, not right away. The reason for this is that the tariffs are most all on materials for assembly and not on a fully assembled device. Devices assembled in the US with parts from China will likely see a price bump but full systems that are completely built in China will be exempt.

That said, it's possible that the tariffs will eventually be extended to fully assembled electronics and that would cause prices to jump on all products imported from China. This would especially be felt in the smartphone and tablet markets as the bulk of those devices are fully assembled in China.

While fully assembled computer systems aren't subject to the tariffs, parts are another story. Individual components such as processors, motherboards, video cards and disks will likely bear the full brunt of import tariffs. This means that repairs and upgrades for existing systems will likely become more expensive. For gaming enthusiasts, it will also likely be more expensive to build new systems. For businesses, components for server upgrades will likely pricing increases and networking components may also see hikes for switches and similar components.

4. Software prices will not be affected

Computer software and apps are not affected by the tariffs so any price increases for those will not be due to the tariffs. That said, a lot of the major software players have recently increased or are rumored to be increasing pricing. Adobe has already bumped up it's pricing on it's Creative Cloud suite (they did so last year) and Google's GSuite has also seen increases and there is rumor that Microsoft will be increasing it's Office 365 pricing later this summer. Again however this is not due to any tariffs but is just a general increase.

How to plan around

At the end of the day, if you were planning on replacing one or more computer systems or other electronic devices in the near future you should still be okay for now with your current timeline. If however, you were planning on system upgrades instead of replacement, you may want to do that sooner than later as prices for upgrade components will likely only go up from here.