Time flies when you're working hard. As difficult as it is to believe, Windows 7 will come to an end on January 14th 2020 after a whopping ten year reign as the staple OS of workplace computers. So what does that mean for you and your business? And how important is it to switch to a newer operating system before time runs out? Read on and we'll answer those questions and more. 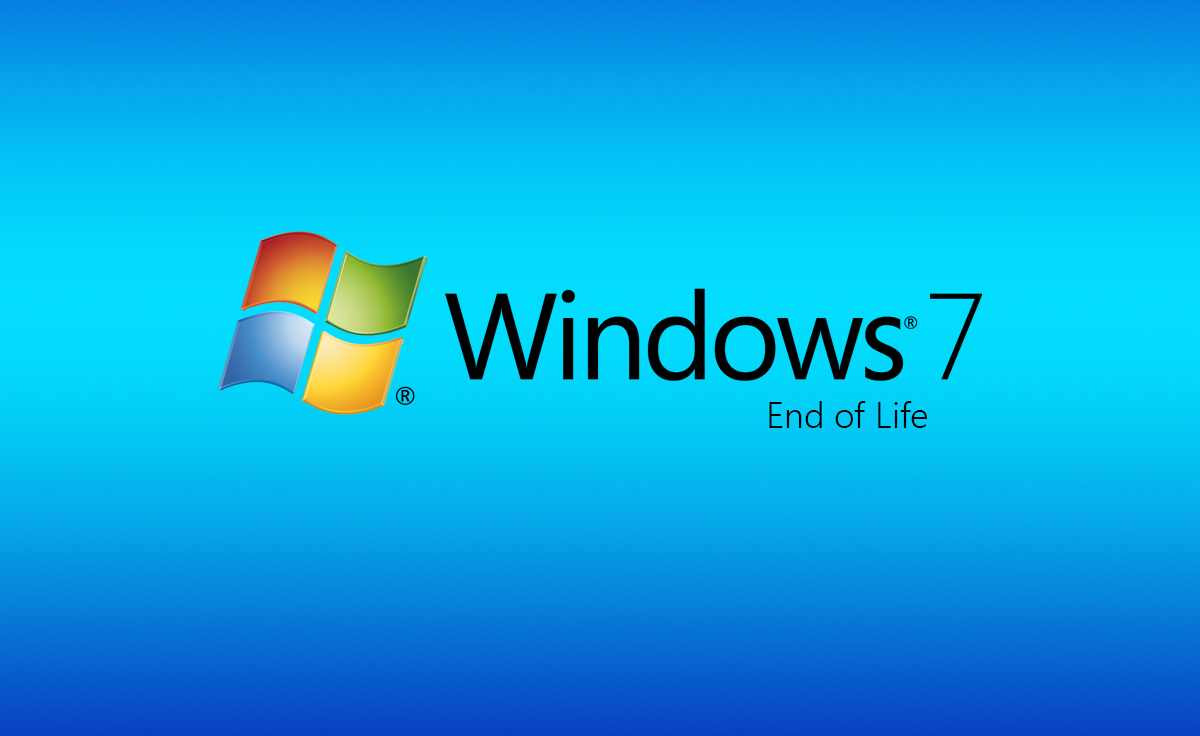 As mentioned above, Windows 7 will officially go "End of Life" on January 14th 2020 which is about 2 1/2 months away at the time of writing this. But what does end of life actually mean? End of life means that Microsoft will officially end all development and support for Windows 7. This means no more security patches, bug fixes or other updates. "Patch Tuesday" will cease to be a thing for Windows 7 and you will likely see a notification or two about the operating system no longer being supported.

If you're worried that you'll be up a creek if you don't upgrade right away don't be. You will still be able to use computers running Windows 7 and they will continue working just as they did before. They won't lock you out or shut down or anything of the sort. So if you're the type who likes to hold off until the last minute to do things, you won't be penalized too heavily.

What will happen (and why you should be concerned)

At this point, you're probably thinking "okay this doesn't sound bad at all, why even bother with this?". While it's true that a Windows 7 apocalypse is not imminent, there are several things that will unfold which you should definitely pay attention to. Here is a list of things that will begin to take place over the weeks and months post-EOL:

Windows Server 2008 is going away too

Something that has been getting lost in the news about Windows 7 is that the server counterpart, Windows Server 2008 will also be end-of-life after January 14th. If your business runs a sever in your Windows 7 environment, you will likely also need to consider it in upgrade plans. Servers tend to be bigger targets for attackers but also forgotten about as they're seldom "front and center" every day. This could make a great time to consider an audit and review of your infrastructure to see what changes can be made to improve efficiency.

If you absolutely have to stay on Windows 7...

If you're in a position where you absolutely must stay on Windows 7, there is one option. Microsoft has a special program called Windows 7 ESU (ESU stands for Extended Security Updates) which will allow you to continue to receive security updates for Windows 7 for up to three additional years. The program has a per-device cost of $50 for the first year. This cost then doubles each year, maxing out at $200 per-device per-year.

If your business uses Windows Enterprise licensing there are discounts available for the first year of ESU. Once the program ends however, there will be absolutely no further development or security fixes available.

What to switch to

Now you know the ins and outs of what's going to happen to Windows 7, what do you switch to? If you were hoping I'd say anything other than Windows 10, prepare to be disappointed. Given the vast majority of businesses have been and still do run a version of Windows, it only makes sense to stick with that platform. It's what everybody knows, has the widest support and, even if it may not seem like it sometimes, really is the most stable solution for most small business environments.

You may not need to get all new hardware

Depending on the age of your existing hardware, you may not need to go out and buy all new computer systems. Businesses that try to squeeze the most out of their hardware may be able to purchase Windows 10 licenses and upgrade their existing systems. Typically we recommend doing this only with systems that were purchased within the last 5 years. Beyond that, you may start running into compatibility problems as well as degraded user experiences.

Businesses who do decide to upgrade existing systems instead of replacing them will need to make sure they select the right license for said systems. While it is the cheapest option, you should stay far away from Home editions of Windows. Not only are these licenses not compliant for business-based use, they are also feature limited in ways which can be detrimental to productivity.

Instead, you should stick with Windows 10 Pro at minimum for your every day workplace desktops. If your company does a lot of design-heavy work on hefty hardware you may need to look into Windows 10 Workstation. Of course, servers will require Windows Server 2016 or Server 2019. If your company has lots of systems it may be wiser to look into Windows Enterprise licensing or Microsoft 365 both of which allow for easier management and distribution.

With Windows 7 being put out to pasture, it's important to recognize the implications. Hopefully this article will help you do that. Because time is valuable however, here's a quick "tl;dr" recap: