Like most things we buy, computers suffer from general wear and tear over time. Mechanical components such as fans tend to be the most obvious things to wear out but even electronic components such as chips and processors wear over time. In addition to this, new machines have got faster, quieter, more reliable, and more capable over time. So how do you know if you're better off replacing a computer instead of repairing or upgrading it? 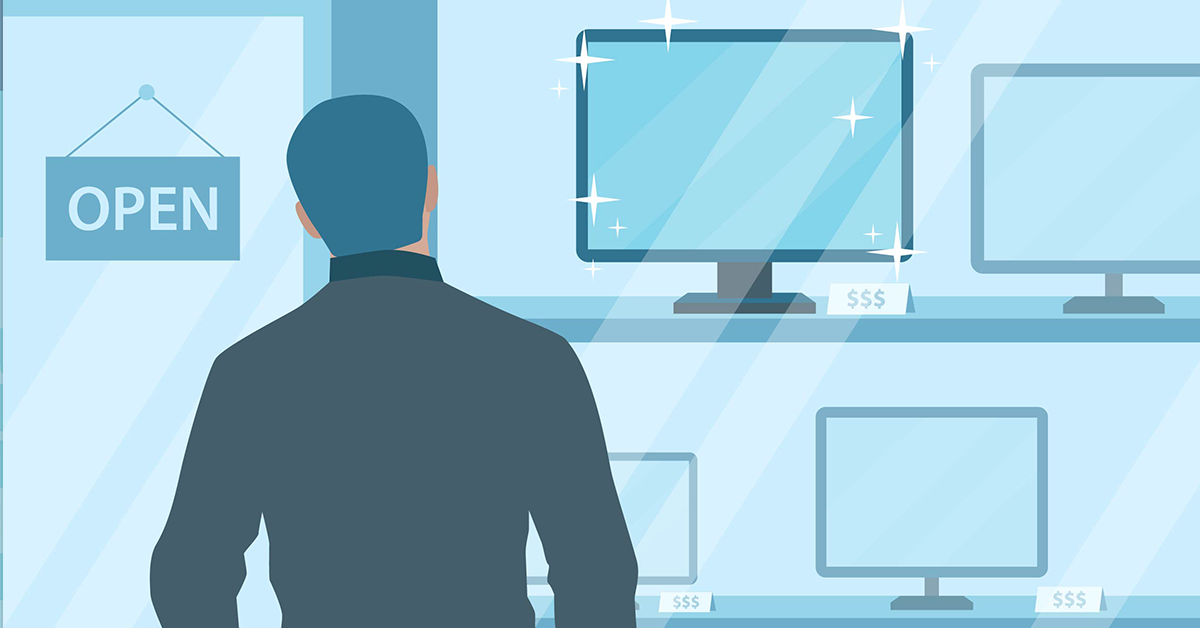 How old is your existing computer?

The first and probably most obvious question to ask is just how old your existing computer actually is. A computer between 3-5 years old may be worth sticking some money into. A computer that's nearly a decade old on the other hand is probably going to be closer to "replace" territory.

How good was it when it was new?

The age old adage "you get what you pay for" really comes into play when talking about computers and their logevity. You can definintely have a 5-year-old system that can keep right up with newer technology and give you a very long useful lifespan. However, that type of system is going to cost more upfront. So if you have a system that was pretty high-end when it was new, it's much easy to justify putting money into keeping it going strong instead of replacing it.

On the flip-side, your $400-500 big-box specials aren't meant to run for years on end and typically play more to the "toss and replace" mindset.

What's actually "wrong" with it?

This question is actually much more important that people think. In some cases simple upgrades or repairs may be all that is required to bring a system back up to a usable state. Other times it may indeed be a catastrophic failure that warrants replacement of the system. A bad hard drive in a 2 year old machine is definintely worth a repair. A motherboard failure in a 10 year old laptop? Not so much.

One of the most common answers we receive is "it's just slow". Slowness can be attributed to several factors: A brand new computer can be as slow as a 10 year old system if it is under-spec'd. Alternately, it could be software related and not an issue with the computer itself at all. In the latter case, the problem may be fixable by a few tweaks or a cleanup.

What do you do with it?

How you use your computer, and what you use it for, will determine what kind of new computer you would need which will affect how expensive a new computer is. This can change how cost-effective repairing vs replacing is. Basic use won't require as much computing power and repairing an existing computer may be almost as expensive as replacing. If you require more specialized equipment however it may be more prudent to repair or upgrade the existing system.

Consider the value of new vs old.

In some cases, you may find that repairs/upgrades are somewhat close to the cost of replacement. Something to take into consideration, especially with older computers, is the total value of what you're getting when it comes to upgrade or replacing. Brand new computers typically come with a full warranty which covers breakage over the whole computer while upgrading typically only warranties the parts that are being replaced. The last thing you want is to spend money on upgrading a system only to have something else break, sending you into a spiral of constantly chasing new problems.

Finally, it is also important to take budget into consideration. In some cases, replacing may not be feasible at a given time, even if it technically is the best way forward. In other situations it may be best to try and "limp along" your existing system and then prepare to replace it a bit further down the road. Be sure to give plenty of thought to this as it's one of the most common ways we see folks get "sales jobbed" into a new machine that is underpowered and eventually worse-off than their old system.

If you can answer the questions and considerations above, you should have a pretty good idea on what to do. But what about if your computer is just fine right now, but you want to prepare for the future? Is there a general "rule of thumb" for how often one should replace their computer?

Typically, for most residential cases, we recommend to start planning for replacement when a system hits 5 years old. This is typically the point where the cost of repair begins to increase rather dramatically and make replacement a more viable option. It's also happens to be the point at which most systems start suffering an increase in failures and other problems. This isn't to say that you absolutely need to replace a system once it hits the 5 year mark, just to begin preparing to replace it should things go south.

Of course, if you still have questions about your specific situation, we always recommend contacting us or your local trusted consultant to help you make the right decision.