WiFi is a top contender for a technology most of us rely upon. In fact, the majority of household devices today use WiFi to connect to the internet. With this reliance on WiFi however comes new challenges, even for homeowners.

5-10 years ago it was good enough to pick up a run-of-the-mill wireless router from WalMart or similar, plug it in and be on your way. Range and coverage wasn't a huge concern and almost nobody cared about things like throughput and MIMO. As long as you had a signal and could connect, you were good.

Fast forward to today and things aren't so simple. Having decent WiFi coverage throughout the home is a priority and faster internet speeds and increased bandwidth making having a fast WiFi network much more important. Streaming services like Netflix and Hulu make having enough throughput in your network extremely important.

If you're building a new house (or remodeling an existing one), putting in a proper whole-home WiFi network is relatively easy as you've already got access to inside of walls and ceilings and can run cable to access points and, in general make things work well. But what about existing houses? In most homes built before 2005, WiFi wasn't even a consideration let alone something that was built into plans. 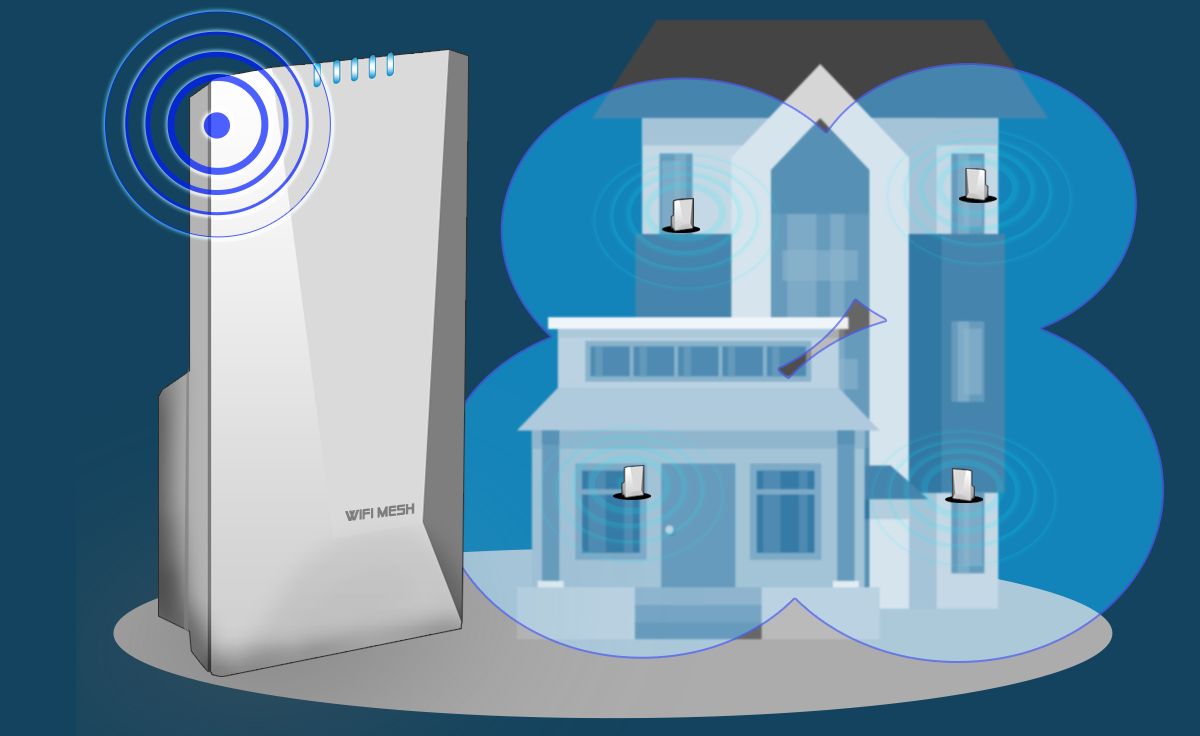 Enter Mesh WiFi. Mesh WiFi isn't exactly a "new" technology, it's been around for several years already, primarily in businesses and other larger venues. It has however matured into a viable, and affordable, solution over that time period.

What is Mesh WiFi?

Traditional WiFi relies on a single router or "Access Point" (for simplicity's sake we'll refer to these as APs from now on). This AP was usually placed where ever your internet "came into" the house. The problem with this, is it's typically at one end of the house. This means your WiFi signal will be fine in one area, but when you get to the other end of the house, it will be significantly weaker, almost unusable.

You could potentially overcome this with a device known as a "booster" or "repeater" but these devices tend to be unreliable at best. Another common idea was to buy the biggest, most powerful router you could find to throw the signal as far as possible. This idea however is flawed from the state as wireless network communications are a two-way street. It doesn't do you any good to have a router that can "talk" to something far away if the device it's talking to doesn't have the range to talk back.

With Mesh WiFi on the other hand, instead of using a single powerful AP, you use several smaller, interconnected APs (known as satellites) throughout your home. These satellites connect to each other, and allow a much greater coverage area. When a device gets too far away from one satellite it is simply passed on to the closest one. And since the satellites connect to each other wirelessly, you don't need to tear your house apart to install them. Just plug into power and go.

Having ready access to a strong, reliable WiFi signal wherever you are in your home is a good thing, but that's not the only advantage of Mesh WiFi. Other benefits include:

While there are a great many benefits to Mesh WiFi, there are some drawbacks as well.

Just like with traditional WiFi, the security of your Mesh WiFi will depend on your keeping your router devices safe. This means:

You may hear Mesh WiFi also called "whole-home WiFi" and many products use this in their packaging and marketing. Bear in mind that these two terms are different and some people may use them differently. While Mesh WiFi is a type of WiFi system, whole-home WiFi is more of a concept that can include Mesh as well as several other technologies.

Want to learn more about dealing with slow connectivity or dead spots in your home? Give us a call or use the button below to get in touch. Our experts can help you decide on the best WiFi connectivity option for your needs.