If you’re still using Adobe Flash, the day has arrived: It’s time to uninstall. As of December 31, 2020, official support for Flash has been dropped by Adobe. What does this mean? 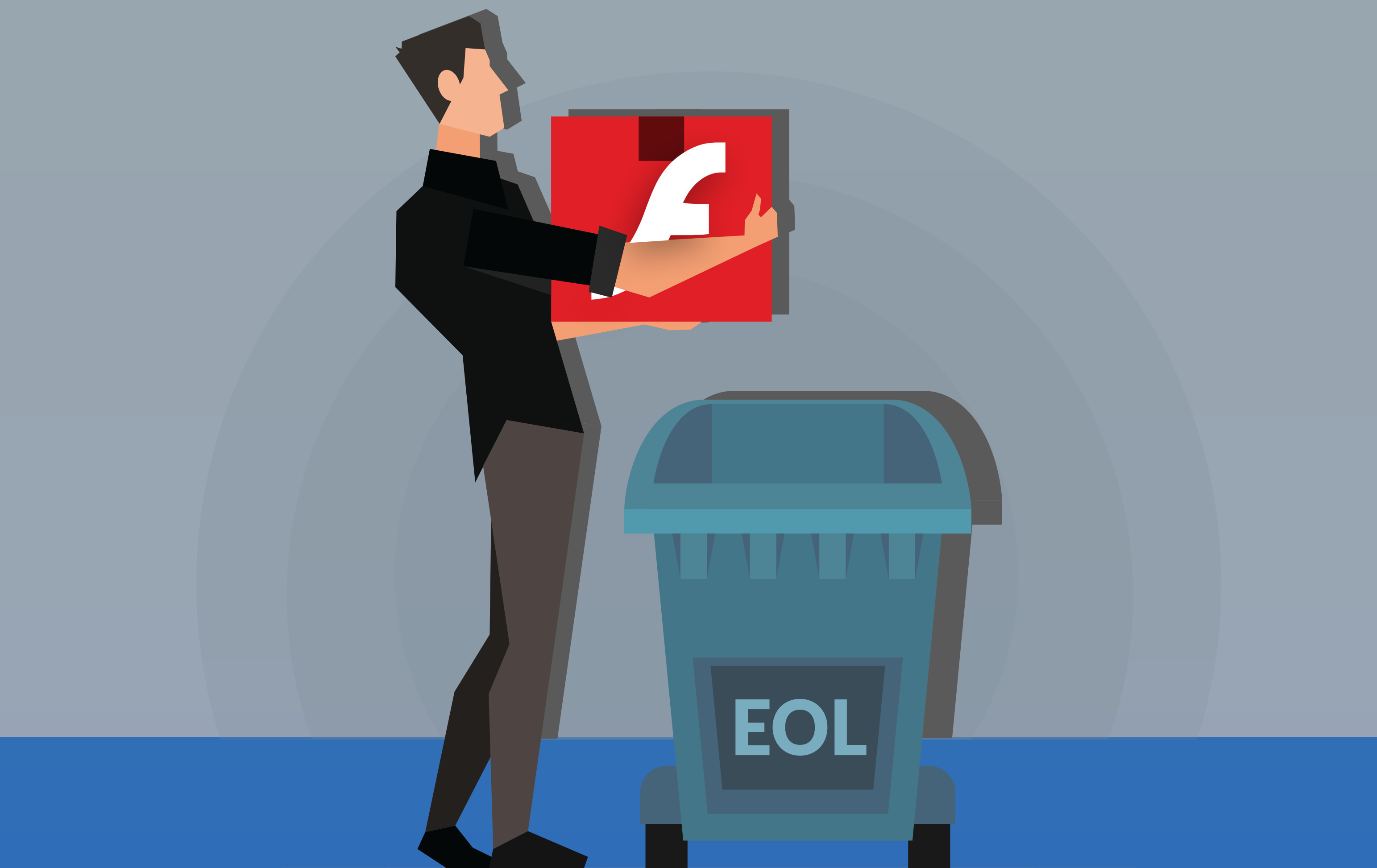 All good things must come to an end

It means Adobe is no longer issuing Flash Player updates or security patches. The company “strongly recommends immediately uninstalling Flash Player.” If this sound familiar, the decision to bring Flash Player to end of life (EOL) was announced back in 2017.

What IS Adobe Flash?

Flash (aka: "Flash Player") was key to early Web browsing, powering interactive website elements such as animations and forms. Web developers loved it, because it saved them from offering users dull, static pages. Lately however, open standards have matured to provide not only a viable alternative to Flash content, but technologies like the HTML 5 standard have bettered Flash in many cases.

As a result, Flash is now an old, unsupported technology, and has several unfixed security issues. Due to the security issues, it’s commonly used to distribute malware. Fake Flash Player installers have long been an effective way to deliver viruses. As recently as 2020, three years after the EOL announcement, it was found that 1 in 10 systems were infected by one prolific piece of Flash malware.

Since Flash is so prolific, it's typically present on a multitude of devices including Macs, PCs as well as your smartphone. So fully getting rid of it will take a little bit of effort.

To uninstall from a Windows computer, you can need to download the uninstaller found here: (https://helpx.adobe.com/flash-player/kb/uninstall-flash-player-windows.html) to your desktop. Then, exit all browser and other programs that use Flash. Run the uninstaller to delete all Flash Player files and folders. Restart your computer, open your browser, and verify uninstallation is complete. Note that if you use Google Chrome or Microsoft Edge and have manually enabled Flash, you will need to manually disable it before restarting to be fully rid of it.

Mac users will download this uninstaller instead: (https://helpx.adobe.com/flash-player/kb/uninstall-flash-player-mac-os.html) suited to their OS Version. You can determine your version by clicking on the Apple icon and choosing About This Mac. You then run the applicable uninstaller. After restarting your computer, verify the uninstallation is complete.

If you’re an iPhone or iPad user, you don’t need to worry. Flash was never supported on iOS devices. Otherwise, it’s worth checking if you have Adobe Flash Player in-stalled. You may not even remember downloading it, but don’t just let it sit there.

Android phones can be tricky as there isn't always a dedicated "Flash" app to uninstall. If your phone uses Chrome as the primary browser you should be a-ok as Chrome has already disabled it. However, phones with custom browsers installed may require some additional steps. In this case, consult with your phone manufacturer to determine what steps may be necessary to remove flash from your phone.

To check if Flash Player has been uninstalled, navigate to https://helpx.adobe.com/flash-player.html. Under Install Flash Player in five steps, the first step is to check installation. Click on “Check Now.” If you see a message saying Flash Player is either not installed or not enabled, you’re good to go.

Worried about downloading and uninstalling safely? We can help. Not sure what other legacy software you might have on your computer that is putting you at risk? We can help there, too. Just get in touch with us.