It was one of the most popular shows on cable TV. MythBusters taught us a wealth of information, some useful, some not so much. The point is, the show was insanely popular due to it's tackling of common misconceptions in the world. While we don't necessarily have the fancy setup and tv show, we commonly find we're often debunking myths as well.

Sometimes myths are harmless, but when it comes to business IT myths, not knowing the truth is damaging. Make smarter tech decisions with accurate information and a better understanding of IT. So here are some of the most common myths we see people fall for and a little truth about them. 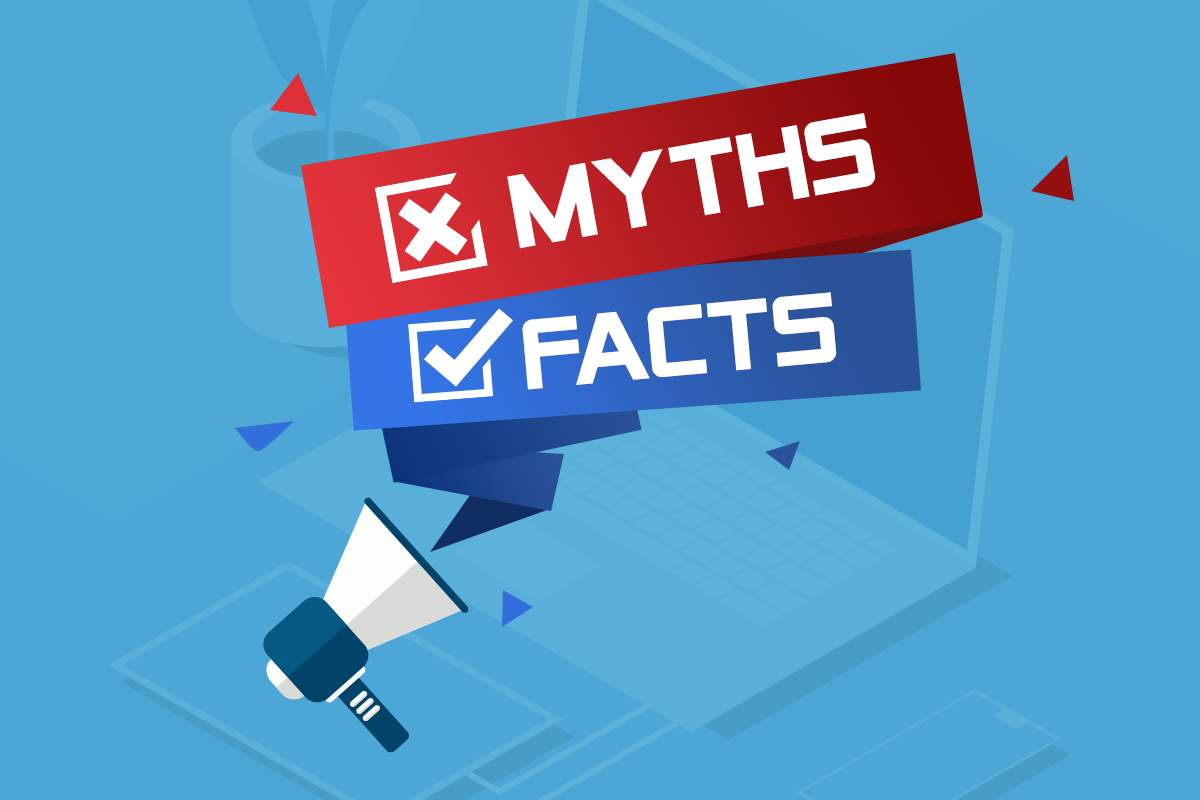 False. Consumer and Business PC's are vastly different in terms of both quality as well as support. Don't squander your competitive advantage by relying on consumer PCs to get the job done.

Consumer PCs are largely about getting the price point down by using lower-quality materials, whereas business computers are built with the understanding they're being used in a production environment where downtime is a very bad thing. Commercial-grade PCs use higher-quality components, and go through more testing. They have business-appropriate features such as fingerprint readers or encryption tools, and, perhaps most importantly, better warranties and support.

What to do instead: Most popular PC companies have lines of business-grade desktops and laptops. For Dell, look for Optiplex desktops and Latitude laptops. For HP, look for ProDesk/EliteDesk and ProBook/EliteBook. And for Lenovo, look for "Think" branded lines like Thinkpad and ThinkCentre. These systems are far better for business environments where they're depended upon.

This myth hasn't been true for a long time but it still persists for many. The truth is, Microsoft Windows users are targeted more often because there are far more Windows users in the world, and the payoffs are often larger because large businesses use Windows.

Apple devices are not impervious to security issues by any means. In fact, in September, Apple released a security update to fix its phones, tablets, and watches. Victims didn't even have to click on a malicious file to risk device infection. So, if you're using an Apple device, go into Systems and make sure you've upgraded to iOS 14.8, macOS 11.6, and/or watchOS 7.6.2.

What to do instead: First things first, we're NOT saying Mac's are bad and shouldn't be used. What we ARE saying is, if you're using security as a point of influence in your buying decisions between Mac's and PCs you should stop. It doesn't matter which platform you go with, you will need to ensure you're utilizing security best practices as well as managing your updates appropriately.

Myth 3: One backup is enough

You have a thumbdrive which you have your secretary or receptionist back up your line-of-business application to at the end of each week and the puts in a drawer. Does this sound familiar?

Data backup is one of the areas we find most businesses severely lacking. Backup is something which needs to be looked at holistically within your companies environment. That thumbdrive won't do you a bit of good if the backup on it is unknowingly corrupted because it was never tested, or the drive fails just as you need it, or a catastrophic event hits the location (fire/flood/tornado/etc). Technology, and data is the life blood of almost every company under the sun. Don't throw it all away by skimping on backup.

What to do instead: At minimum, a strategy like 3-2-1 should be utilized for critical company data. In case your unfamiliar with the term, a 3-2-1 strategy is the following: Have at least 3 copies of your data on at least two separate mediums (external harddrive, cloud, etc) with at least one of those mediums off site. While backup does get far more in-depth than this; for example, we consult with our clients quarterly to review events which can affect their business and how to ensure their backup solution is able to handle it, it's at least a good starting point.

Myth 4: Antivirus software is all you need for security

Security programs do their best to keep up with new threats and vulnerabilities, but infections can spread across the internet quickly. Plus, bad guys are getting better at crafting variations to evade antivirus tools. As a result, make antivirus software only one piece of your cybersecurity strategy.

What to do instead: Antivirus software is only as good as the policy surrounding it. Having computer use policies and enforceable computer and network restriction policies implemented is another huge slice of the pie as is having an incident response policy which dictates who does what in the event a breach is detected and how things are handled. While there are additional tools that can help augment your AV software such as DNS filtering and SOC/SIEM, these are just tools. It's the policy and process around them which will make or break security for your business.

What to do instead: Dealing with this myth requires a bit of a change in mindset. "Security by Obscurity" is no longer something you can get away with. Small companies have the exact same sets of security concerns as large corporations, just on a smaller scale. As mentioned in the last myth, it's no longer adequate to slap an AV on your desktops and use a cloud-based app for business and call it a day. Everything should be looked at and scrutinized.

Myth 6: It's OK to wait until a computer fails to replace it

You can wait, but it's not going to be the best thing for your business. Long before a computer fails it could be slowing down your business. Older PCs disrupt productivity and reduce employee satisfaction. As the computer ages, you'll lose time loading applications and dealing with crashes.

You may also be leaving your systems vulnerable to cyberattack if you can't upgrade the software or even hardware. For example, older Intel Core processors have a hardware vulnerability which is unpatched and openly exploitable. The only solution is to replace the processor with a new one which also requires a new motherboard, memory... basically a new PC.

What to do instead: Start by putting PC, network, server and other IT-related equipment into your yearly budget. Most business-grade PC's and laptops are rated for 3-5 years before needing to be replaced. Switches, firewalls and servers around 5 years. If you start budgeting around these numbers you can cycle systems through your business on a regular basis and not worry about outputting huge chunks of money all of a sudden because something catastrophic happens due to an old piece of equipment.

Myth 7: IT outsourcing is not effective for small businesses

One of the most common things we see small businesses do is try to tackle IT on their own. Sometimes it's the owner who tries to keep up with everything themselves, in addition to their other responsibilities. Other times they hand it off to a relative or employee who's "good with computers" which honestly is never a good long-term solution. Reality is, entrusting the lifeblood of your business to someone to throw on top of their other responsibilities just does not make good business sense.

Outsourcing on the other hand can be very effective for small and medium businesses. A good IT provider will be just as valuable as your accounting firm or lawyer. A working relationship with a good vendor not only puts you at ease knowing you've got a handle on things, but will be able to help you understand what you need to know and advise you on the best course of action to take without involving you in the nitty gritty details you probably don't care about let alone have the time to try and understand.

If you have questions about outsourcing IT for your company, or if you have any other myths you'd like to see busted, let us know by clicking the button down below.